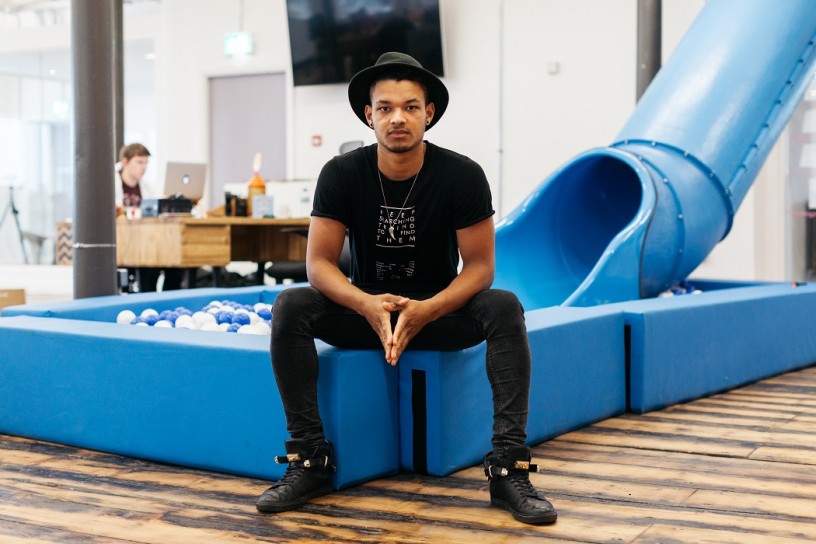 For some, social media is an addiction. For others, it’s an irritation. For Steven Bartlett, it’s business.

Read on to meet the millennial entrepreneur who dropped out of university in order to get the likes of Microsoft, Just-Eat, Puma, Buzzfeed and Spotify in front of millions of people at the click of a button.

Degree: Dropped out of a business studies course at Manchester Metropolitan University

Growing up, my brothers and I were all very competitive. Being the youngest, I was always trying to keep up and find a way to be better than them. I think this really stimulated my entrepreneurial nature, which became apparent in my school days: I managed to strike a deal with a vending machine company, actually making the school a fair bit of money. My headmaster used to call me his ‘Harry Potter under the stairs’.

Where did the idea for Social Chain come from?

The company actually started as a result of selling my first business, Wallpark, in 2014. This was a virtual wall where students could connect in the same city and share anything – from advertising a sporting event to selling old uni textbooks.

My biggest takeaway from Wallpark was learning the behaviour of young people on social media, particularly on Twitter. After selling my stake in the company, I contacted Dom McGregor (co-founder of Social Chain) who was running a Twitter page aimed at students. He posted content that was funny and relatable and, in return, amassed thousands of followers. I wanted to explore how his page – and thousands of others like his – could be used as a conduit to connect an audience with a brand.

I realised the reason people followed and engaged with these pages was for the content, so I figured that if there was a way a brand’s message could be seamlessly woven into a page, the engagement and following should not suffer. This was the inception of Social Chain. 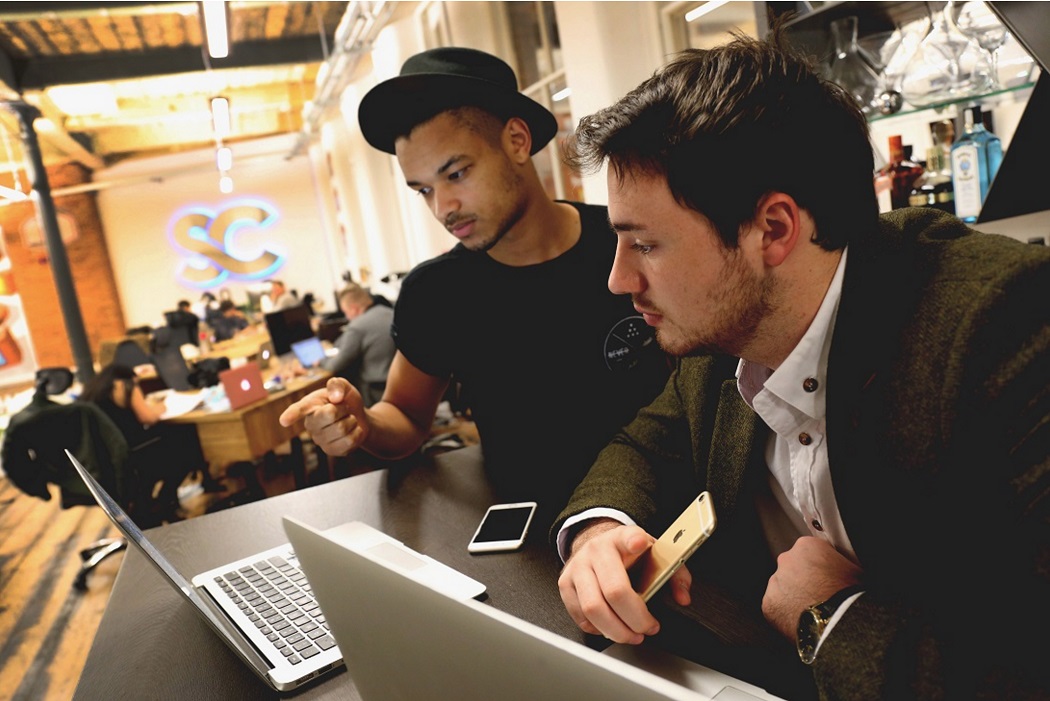 You dropped out of university after only one lecture to pursue your business. So bold! How did you know Social Chain was going to be a success, and how did you progress it from idea to reality?

I initially dropped out of university to focus on Wallpark, a ‘Gumtree’ style platform for students. I learnt so much from this experience, which fuelled the idea for Social Chain, and our first client was an app called Tippy Tap. As a brand new company, we honestly didn’t know that Social Chain would be a success, so we launched the Tippy Tap campaign into an unknown space and hoped for the best. To our amazement, it achieved unimaginable results. Tippy Tap sat at number one in the app store for weeks and even made the BBC headlines. It was then I knew we were on to something very special; a real break through moment for Social Chain.

How did you initially finance Social Chain?

To get Social Chain fully operational we raised an initial investment of £300,000, however it didn’t take long before we became profitable. After this, we didn’t receive any further investment until earlier this year when we received $2m from German media power house, Glow Media, to fuel international growth of the business.

Social Chain can reach an audience of millions within a matter of minutes, but how do you spread word about what you do?

I love public speaking, so talking at big marketing conferences has been a great way to communicate our brand and what we do here at Social Chain. Some cool conferences I’ve spoken at this year include TED X London, Ungagged, Millennial 2020, Glug, Cannes Lions, and Marketing Week Live.

Being at the forefront of the social media and marketing industry, we regard ourselves to be opinion formers through demonstrating thought leadership, not forgetting traditional PR and media relations too. We’re actually working on creating our own online platform, Scribe, which will essentially be one big social media and marketing blog where we will collectively share all our own experiences, knowledge and opinions.

What does a typical day look like in the world of Steven Bartlett?

I don’t really have a typical working day as each is so varied from the next. Now we’ve opened in New York, I tend to split my time travelling between New York, Berlin and Manchester to oversee operations and check in with each team. When I’m not working from any of the Social Chain offices, the rest of my time is spent taking meetings in New York, London and Berlin, pitching to new clients, and speaking at different conferences across Europe.

Our biggest challenge has to have been our first major challenge: trying to win new business without having quantifiable results and a portfolio of global clients. ‘Influencer marketing’ is a new breed of marketing, so for many businesses with a more traditional approach to promotion it could sometimes be challenging to bring them around.

My proudest moment so far was winning the ‘Social Media Agency of the Year’ award at The Drum Awards in December. We managed to beat some huge agencies who’ve been in the game a lot longer than us, and considering we’d only been operational for one year it was an amazing achievement.

We live in an era where entire businesses are built on social media, but for many entrepreneurs it’s impossible to keep up! Can you share some top tips on how fledgling startups can reach their audience successfully?

Social media is the number one communication platform for startups and businesses with a small marketing budget. But every business these days uses social media, so the next question is how do you get your brand noticed?

Well firstly, don’t be afraid to provoke people! Social media is a never-ending fight to be heard, and anybody throwing vanilla punches in that fight isn’t going to have knock-out impact. Secondly, what about running a competition? Executed correctly, social media competitions can generate tonnes of engagement and build brand awareness. Finally, if you’re looking to use social influencers to promote your business, don’t underestimate the power of a lower cost influencer. Quite often an influencer with a smaller audience pool (compared to a well known celebrity) will have more influence over their followers. It’s like the modern day ‘word of mouth’.

I know this might sound cliché, but Steve Jobs is one of my heroes. I admire him for being a visionary and being able to look past what was to help shape what would ultimately be.

Where do you hope to see Social Chain in five years’ time? Will social media still be relevant?

Social media is the new media, and my predictions are that in five years it will be more relevant than ever before. However, the developments of social media, emerging platforms, and how these might be used for marketing is unknown. In this industry, everything moves quickly, so it’s difficult to say where we’ll be in five years’ time. We understand that we’re working in an ever changing landscape so I guess we’ve just got to stay responsive and see where it goes, but one thing is certain: we have big plans for Social Chain. 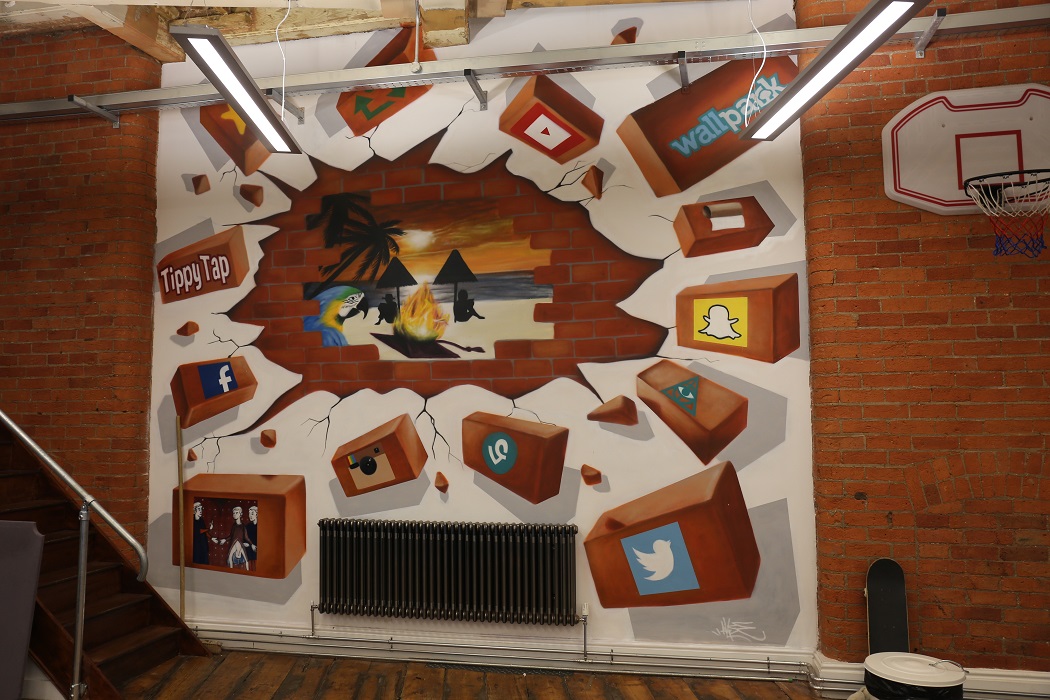 What do you love most about running your own business?

I’d say the best thing about running my own business is having no obstacles in the way of my ideas and being capable of building solutions and taking on new challenges.

Just make sure you love it. Building a business is so hard that you better love it or you’ll quit when the going gets tough. If you don’t love it, you’ll also be unwilling to put in the ground work. Find something you would do for free because you love it that much. And then be prepared to work hard!

And finally, if you were a social media platform, which one would you be and why?

If I were a social media platform, I’d be YouTube. I’m a story teller, so a video sharing platform like YouTube – a platform that shares a tremendous number of stories each day –  is by far the richest medium.

Social Chain is the UK’s largest influencer marketing network, offering an effective and creative way to engage millions of people. With an average age of just 21 across the whole company, and a 200+ million strong internal network of social media influencers, pages and communities, Social Chain know exactly how millennials think, listen and share across social media, giving brands a voice to be heard above the noise.