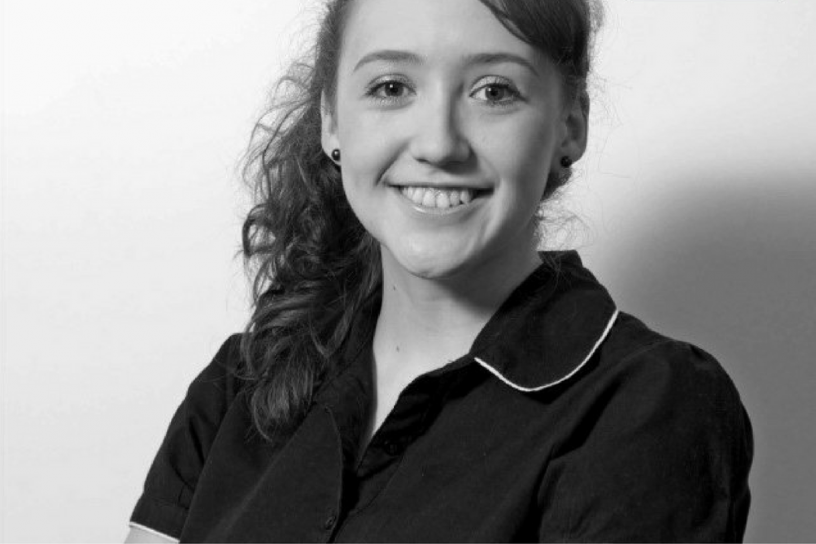 After a woman failed to attract the attention of passers-by during an attack in the apartment block where she lived, Rebecca decided to take matters into her own hands. Enter the Personal Guardian, a small electronic device that connects to your mobile phone, alerts the police, and sends them your exact location. In short, an attack alarm with bells and whistles that ensures anyone in trouble can get help, and fast.

Read on to discover how Rebecca turned her idea into a reality whilst still a student, raised over £100k investment (and counting), and how she hopes her lifesaving invention might transform her into a unicorn…

Degree: Marketing & Enterprise at the University of Strathclyde

I never thought I would run my own business! I decided to take Business Management as a subject at high school because I thought it would help in whatever job I went on to do, and it quickly became my favourite; I found it so interesting how all the different parts of a business have to work together for it to be successful, and I liked the fact that there was no one right way to do it.

I went on to do a business degree at the University of Strathclyde and I joined in different enterprise related activities. There I became aware of all the help and support that was available for students setting up a business, had an idea… and it grew from there!

Where did the idea for Pick Protection come from?

I set up Pick Protection in order to launch the Personal Guardian – a wearable monitored personal attack alarm – after a horrible incident took place in my apartment complex. A neighbour was attacked and sadly nobody came to the rescue. It made me think that we should all carry a device that will provide a guaranteed response, and that idea was developed into the Personal Guardian.

How did you go about turning the idea for an attack alarm into an actual product?

First of all, I did a lot of market research. I couldn’t believe a product like this didn’t already exist! I looked at all the other products on the market and found there were no monitored alarms that could provide a police response. I then did the research to see if my idea was feasible, and if it was technically and practically possible.

After I ticked those two boxes, I conducted a study on my target market, asking questions such as did they already carry a personal attack alarm – and if not, why not? Should a personal alarm be wearable, discreet etc.? I then had a solid base to start progressing the idea. I entered into early stage business competitions and won prize money that helped me to pay product designers to start actually developing the hardware. Based on the initial designs from the designers and the market research I conducted, I managed to raise £60k of angel investment from a syndicate based in the University of Strathclyde. Once I had that funding, I could afford to pay companies to take the development further. 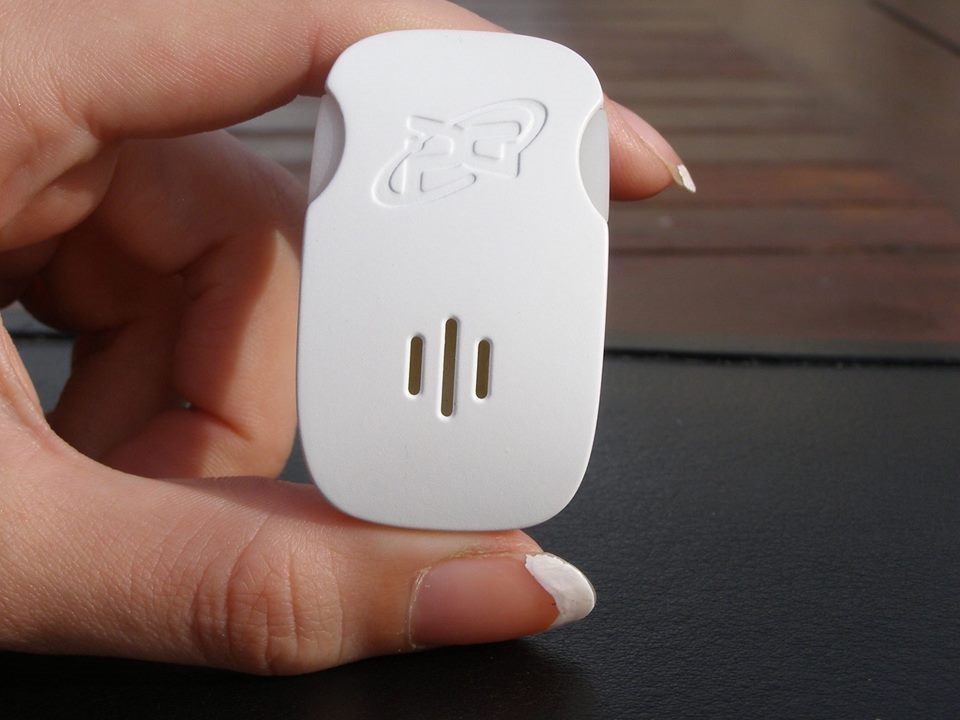 Last year, the number of recorded rapes in the UK increased by 31% to 24,043 – a chilling statistic. There is therefore a very obvious audience for your product, but how did you market test it?

You’re right, there is an obvious audience for the product, but we actually have two target markets: B2C (Business to Consumer), and also B2B (Business to Business). Companies have a duty of care to their lone workers, and legislation around lone working is becoming increasingly stringent, so we can sell in larger volumes to companies who can then protect their employees with a Personal Guardian too.

How did you initially finance Pick Protection?

I initially financed Pick Protection with competition prize money. I won the Scottish Institute for Enterprise’s Young Innovators Challenge in 2014 and that gave me £2,500 to begin with. I also came second in the Converge Challenge Kickstart competition and won £1,500, so I raised enough money to pay designers to create tangible designs and images I could then use to show people what I wanted to develop. This helped me to raise private investment (£60k) to further develop the Personal Guardian.

Pick Protection is more than a business: it’s a potential life saver. How do you spread word about the product to your target audience?

Many students struggle to juggle their studies with their social life, but you did both and set up a business! What advice do you have for other aspiring student entrepreneurs?

I would say that everything takes a lot longer than you think it will – so start as soon as you possibly can! Especially at the beginning, when funding is tight, you may be relying on winning competitions or grant funding which can be very time consuming. I am so glad I started Pick Protection in my third year as, when it came to my final year, I didn’t worry about finding a graduate job because I knew Pick Protection was in a position where I could work on it full time and take a small wage from it. 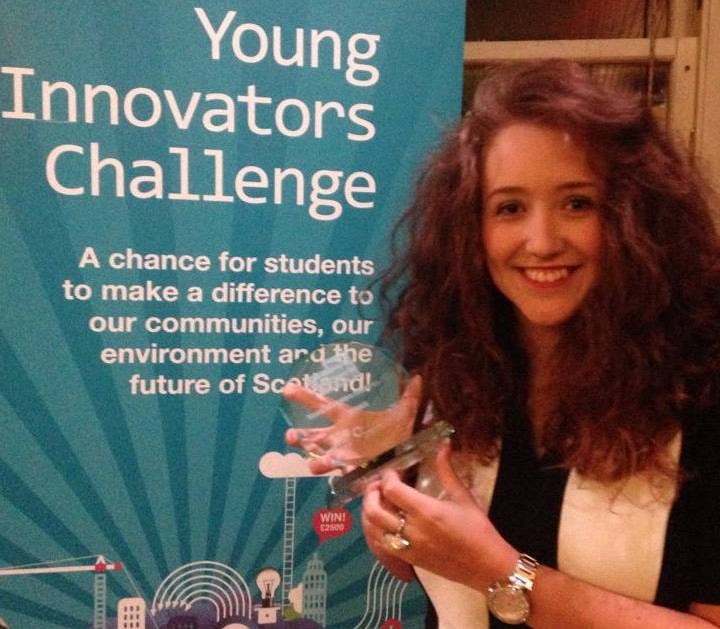 What does a typical day look like in the world of Rebecca Pick?

Every day is totally different. From raising finance, to product development, to marketing and sales plans, there are so many different things that all need to be worked on to get a business off the ground. I think I have the most interesting and rewarding job in the world, but it is very hard work and requires constant learning!

I think there are a number of moments I could choose, however I have to say that every time I look at the Personal Guardian I am hugely proud – it’s a product that wouldn’t exist if I hadn’t had an idea and created it. It looks good and it could potentially be a lifesaving invention. I am also proud that Pick Protection won Santander Universities Entrepreneurship Award for the Best Undergraduate Business in the UK. Finally, from a funding perspective, I have raised over £100k and will shortly be closing another round of investment, and that definitely puts a smile on my face!

There are many successful entrepreneurs who have created incredible businesses and they are all hugely inspiring. But personally, as a young female, I find Emma Watson and her fight for gender equality very inspirational.

From fashion to fitness to personal safety: wearable tech is a fast-growing industry. Where do you hope to see Pick Protection in five years’ time?

In five years’ time I see Pick Protection with a full product range, offering these goods all across Europe.

How has your degree/education contributed to your success?

I think my degree helped by putting me in an environment where I met all the right people. The University of Strathclyde offers a lot of support for start-up companies, and for me that has been invaluable.

And finally, if you were an animal, what would you be?

That’s a tough one! Start-up companies valued over $1 billion are called unicorns – so I would very much like to be a unicorn! 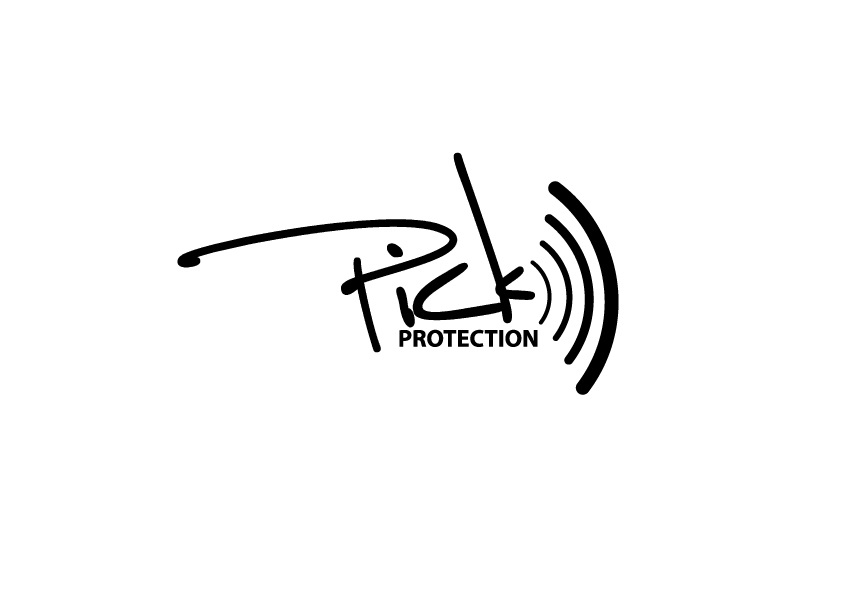 Pick Protection’s Personal Guardian, a revolutionary attack alarm launching in 2016, can be worn discreetly under clothes, such as on a bra strap, trouser belt loop, or clipped to a worker’s lanyard. The alarm not only has the potential to stop an attack but also gather evidence to assist in gaining a conviction.