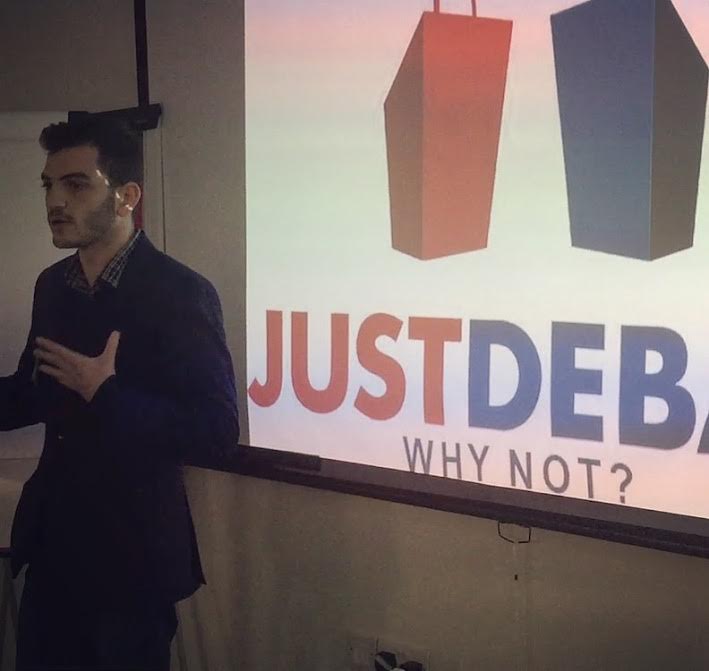 Many of us feel bombarded with information on a constant basis: with social media, television, and news resources churning out content twenty-four hours a day, it can be difficult to catch our breath. It can also be very difficult to form an opinion that feels truly our own – media bias and Facebook echo chambers prevail – and to identify trustworthy sources to help us make up our minds.

Enter Benji Fisher, budding entrepreneur and politics student, and his website Just Debate. An accessible, online political resource, Just Debate intends to neutralise the reportage of political issues, presenting all sides in an entirely impartial manner so that participants can engage in constructive, thoughtful conversations around the most contentious of topics.

As Benji puts it: ‘We interview pressure groups, charities, politicians and academics with very strong opinions on a wide range of issues, composing […] key bullet points to summarise [their arguments].

‘Just Debate not only focuses on getting views and opinions, but also ensuring that each opinion comes together to shape a better world. Many argue that our politics is governed either the elites or populist opinion but rarely are our political opinions educated. We want to change that.’

Join the debate with us now as we explore how Benji got started, and what he hopes to do next…

Yes. I always wanted to do something that would have a real impact, and studying A-Level Politics at Yavneh College made me passionate and interested in the political world. My journey began in the final years of secondary education, at which point I decided to create a political magazine to help explain politics to secondary school students. This eventually developed into a website as I worked on the business plan more and more.

There have been two major political events this year with outcomes that have been shocking to some: the Brexit vote and the US presidential election. How important do you think political education is, and how does Just Debate aim to help with this?’

If you strip away the policy and personalities, what I believe influences people the most are the social constructions that surround us. It’s the conversation at the kitchen table; the newspaper headlines; the videos you watch; and most importantly the Facebook posts and tweets that your friends share.

Many of us are like ‘Bob’. Bob is fed political opinions every single day without realising, and he doesn’t even question it: these political opinions make sense to him, his close friends and family because they share a similar socio-economic background.

However, there are a small minority of people who are ‘Sarah.’ Sarah tries to put herself in other people’s shoes. She critically analyses news articles, Facebook posts and tweets. She debates, she listens. Sarah has a sound and balanced political understanding.

So, we are faced with a worldwide issue and that is the lack of political education. We need a ‘one stop shop’ for simple, accessible, impartial political debate to help put people into the shoes of the opposing side and try to study the debate properly.

This is why I set up Just Debate. Just Debate is Sarah. We have a team of 60 ‘Sarahs’, in fact, who do the research for our readers and comprise it into short, simple, impartial online pamphlets of information.

How did you progress from business idea to reality?

It all began with the student magazine, as I mentioned. I spoke to the students who surrounded me – those who were both politically aware and not politically aware – to discover what they thought about the political system and what they wanted to see. I began to develop a team from my politics course at university, a group of writers who followed our ethics and ideology about how to write articles and how we should make them accessible to your ‘Average Joe’.

I’m very much a people person, so I took my idea and ran with it, attending numerous networking events and trying to raise awareness about my idea. This culminated in agreeing a £40,000 investment with Raj Dhonata.

How did you identify your audience and market test your products?

I had a clear vision of who my product was for at the outset: young people, aged 14-21. I’ve never deviated from this, but I think the product can work for anyone.

To test the idea, I conducted focus groups with school children, and remained in constant communication with my team of politically-aware writers. I love constructive criticism and use the people who constructively (yet politely!) help improve my work – that’s been a big help when refining and enhancing our product. 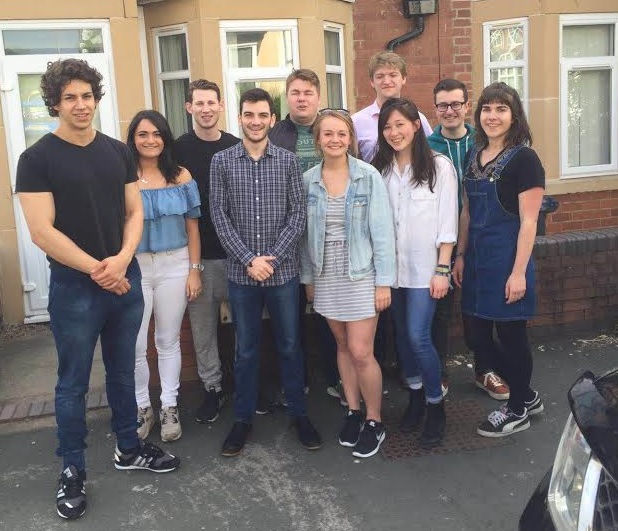 You met President Barack Obama as part of your involvement with the Young Leaders UK initiative – what an experience! Tell us more – did President Obama inspire any new ideas for Just Debate?

I joined the UK Young Leaders indirectly through my work at Just Debate – it’s been a great help in growing my brand and gaining connections for my business. Meeting Obama was inspirational. He spoke incredibly well and was truly genuine.

In terms of Just Debate, the biggest thing I took away was Obama’s genuine attitude and response to questions. I want to implement the same ethos through my website with our impartial, yet educational, nature.

What does a typical day look like in the world of Benji Fisher?

I manage my team, and really listen to their feedback – as mentioned before, I love constructive criticism because it helps build a stronger product. I communicate with schools, run focus groups, and oversee the creation of our daily articles. I’m also constantly working to improve our website and product, as well as increasing awareness of our brand.

My proudest moment so far was my first speaking engagement and the response from the audience: it was received so well. People were convinced by the idea, sold by my plea and it gave me a real boost to continue and strive for my political goals. But there have been some other great moments since our establishment in March, such as:

What are your hopes for Just Debate and the future?

Our world is so heavily divided and confused. It is time to unite and it is time to debate justly. To do this we need to increase political education; we need to make people aware.  In five years I would love to see Just Debate introducing political education in schools across the country, creating a generation of young people who are starting to gain sound awareness about politics.

But we have only just begun: we have an early vision about how we can change our society but we need your help. We want more ‘Sarahs’ and we want people who can help expand our cause. This will be a slow process, but eventually it will work and we will finally have a society that can appropriately use our democracy and not be ashamed of it.

So in summary, before you read the Daily Mail, before you watch BBC or read posts on Facebook – Just Debate it.

Just Debate is a unique, digitised debating platform that makes the following promises to its users:

To become an impartial resource/encyclopaedia that everyone can access to learn about any political issue; to be a useful education tool for revision or as a quick ‘digest’ of a recent, developing political issue; to explain the political issues simply with the aim of engaging people in politics one step at a time; to provide further reading once the basic foundations of a political issue have been understood.

Feeling inspired? Head over to their website today and add your voice to the debate!